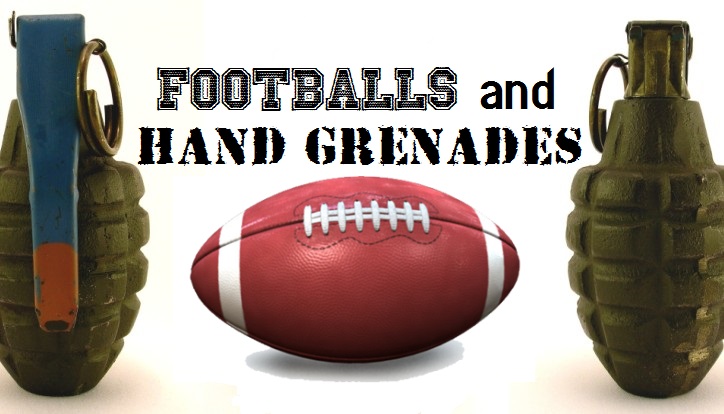 If you’ve ever had the opportunity to speak to a missionary, or have been on a mission trip yourself, there is one very consistent by-product of doing God’s work.  Without exception, upon returning to the United States, every missionary is forever changed by what they saw and what they experienced.  God leaves His indelible mark, not only on the lives of those touched, but also on those doing the work.

Back in September of 2012, my wife and I spent several weeks in South Korea.  No, we weren’t out witnessing in the streets of Seoul. Our mission field, so to speak, was the men of the United States Forces in Korea.  Since the 1950’s, the US has had a military presence in South Korea with the sole aim of keeping North Korea at bay.  The 38th parallel marks the ‘DMZ’, or de-militarized zone, and tempers on either side of the line are hardly ever at even keel.  Thankfully, it’s common knowledge that our troops are a force to be reckoned with, so North Korea just stays above that invisible line on the map (thanks to fences, artillery and a no-man’s land in between).

Not to sound like a spoiled rotten American citizen, but there isn’t a whole lot of choice when it comes to watching TV in Korea. There are a dozen channels that look more like cross between a really bad college communications project and Pikachu’s nightmare.  The remaining selections are all a part of the Armed Forces Network.  They have one movie channel, one sports channel and a couple of channels which show current dramas, sitcoms, etc.  And during every commercial break, regardless of which AFN channel you watch, you will find ads welcoming new soldiers to the 8th Army, 7th Air Force or the ‘ROK’ (that’s Republic of Korea, in military speak).  There are other ads as well, with the AFN running public announcements about Suicide Prevention Week, shaken babies and tales of past military heroism.  It was culture shock, as there were no commercials promoting anything.

Another adjustment has to do with the time difference of thirteen hours.  Basically, you  end up watching Monday Night Football at 10 AM on Tuesday morning, while the 4 PM Sunday NFL games are on at about 5 AM on Monday.  The good news?  SportsCenter is always on, too!

Traveling mostly on Mondays, I often had the chance to catch up on NFL highlights while in our room.  Picture this.  On the AFN channel, I see a heartbroken quarterback at a press conference, committing to playing better next week after blowing at 24-point half time lead.  The look on his face was one of defeat and resolve.  And before coming to the ROK, it would have been pretty moving.

Cut to commercial.  It’s a battle scene from the Vietnam War in black and white, with a voiceover telling the viewer of a soldier who was recognized posthumously for saving four of his comrades.  Evidently, a live grenade had been thrown into his foxhole and this soldier had quickly covered the grenade with this helmet and his body, thus saving his buddies.

Upon returning to game recaps, we see highlights of a football player with a sprained ankle who may be out for 3-6 weeks.

Stunned by the dichotomy, I just sat there listening to sports and thinking of this young man who never made it home from the battlefield.  No, he wasn’t out for a few weeks, nor did he get another shot at it next week. This AFN public announcement was buried in the middle of, forgive me, absolutely useless tales of things which have zero eternal impact.

Every day, we have men dying all around us.  They are walking out on their families, throwing grenades into their marriages and giving up on life.  In the military, suicide is a very real threat; so much so that it requires an entire month to bring awareness to it.

For the most part, at least speaking for myself, our priorities are so grossly out of whack that it’s almost comical.  We get hung up over a bad call by a referee, while we stand by and accept the immutable facts that a) Jesus is coming back and b) our neighbors don’t know Him.  We are a nation of men who major on the minors, and it’s high time we threw ourselves on a grenade instead of crying over a game.

Time is short. The mission field needs you.  What are you going to do about it?